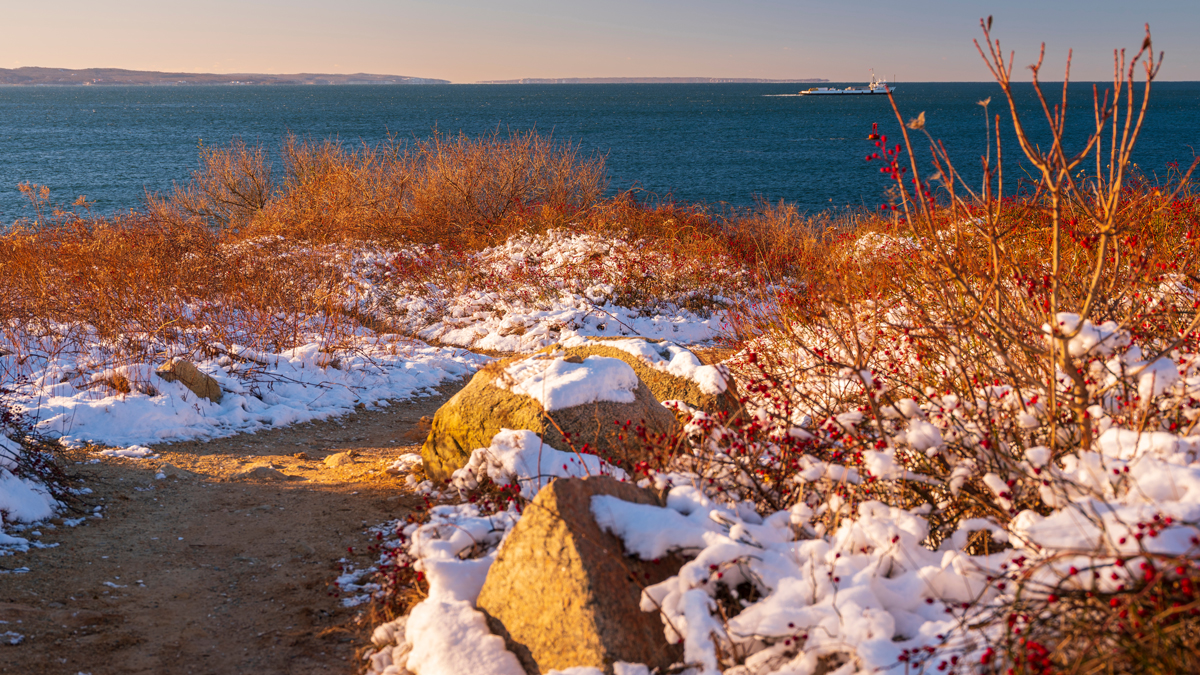 Recent weather data and both short and long-term forecasts paint an interesting picture for energy prices.  Let us take a look.  October is in the books, with enormous deviations from normal temperatures.  Many cities in the Northeast set all-time monthly records or were a second to a very warm October that occurred in 1905.  There is data for only nine days in November, but the deviations from normal are on a par with those in October.

Although we in the Northeast continue to be experiencing above normal temperatures, Accuweather’s forecast for the remainder of the month leans strongly towards warmer than normal.  At this point,  deviations for the whole month of November are likely to be about half of October numbers.  More important for energy prices, however, is the outlook for January through March of 2022.  This is when demand for natural gas, the critical generation and space-heating fuel for our region, can potentially exceed deliverability constraints (pipelines and gas in storage). 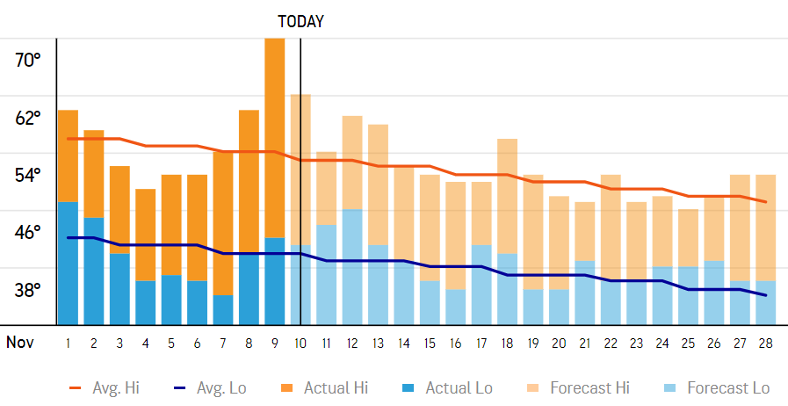 The National Weather Service’s most recent long-term outlook, published on October 21, leans strongly towards above normal temperatures for the Northeast and even more so for the Southeast.  This would likely result in a “manageable” natural gas demand picture for our region for most of the winter.  We shall see.  The next update for the January through March time period is November 18.

These predictions are driven by a very high likelihood of La Niña this winter.  This means colder than normal sea-surface temperatures in the equatorial Pacific.  Such conditions, which started earlier this fall, are projected to continue through the winter according to the Climate Prediction Center (CPC) of the National Oceanic and Atmospheric Administration (NOAA).  The CPC has stated that there is an 87 percent chance of La Niña happening from December 2021 to February 2022.  There is a strong correlation between the presence of La Niña and normal to warmer than normal temperature in the Northeast, especially along the coast, which contains the vast majority of population.

How does the forward market for energy in ISO-NE look in this context?   Over the last two months,  on-peak power (energy only, not including other retail billing components) for January to March period of next year has traded roughly from 13 to 17.5 cents per kwh and is currently near the middle of that range.  Since 2015, on-peak power for the same delivery period has cleared at a price of 5.16 cents per kwh with the highest 3-month period, 2015, averaging 9.61 cents per kwh.  Last winter averaged 5.53 cents.  Clearly, the forward market is in an unprecedented range.

Electricity consumers should seek to optimize in such a volatile price environment. There are many different strategies depending on how your company uses electricity, your flexibility in demand and whether or not you have invested in equipment such as behind-the-meter generation or storage.  Actual Energy stands ready to help customers and potential customers develop specific strategies.